There has been significant research carried out exploring the risk of childhood bullies engaging in more serious criminal behaviour as adults. It’s not however just the bullies themselves who are at risk of engaging in delinquent behaviour. 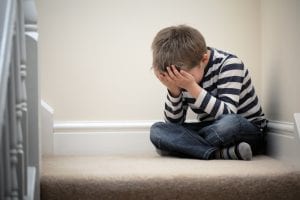 According to the latest research, being the subject of bullying can have a significant impact on a child later on in life. Not surprisingly, children who were bullied are more likely to engage in criminal or delinquent behaviour as adults than those who were not bullied. Recent research suggests that almost 14% of those who reported being repeatedly bullied ended up serving custodial sentences as adults whereas only 6% of non-bullied children ended up in jail.

The link between bullying and criminal behaviour is clear. Over 20% of bullying victims had been convicted of crimes at some point in their adult lives, compared to only 11% of non-victims. Furthermore, studies indicate that 75% of school shootings in the US were committed by young people who were victims of bullying. These studies have shown that victims may engage in these behaviours as a way of regaining power and control. They resort to criminal acts or initiate aggressive behaviour under the impression that the other party will lash out on them.

Bullying victims react differently. Some engage in suicidal thoughts and may sadly put thought to action, but this is not always the case. Occasionally, bullying victims will turn to homicidal or delinquent thoughts but will keep them to themselves. Tragically, these victims may end up lashing out once their anger has developed into rage and they end up focusing their negative thoughts towards the people they may think are responsible.

Previous studies only focused on how bullies end up engaging in criminal or delinquent behaviour as adults. It is only recently that we are discovering the long-term effects of being bullied and how bullying victims are also more likely to commit crimes themselves. It’s about time we took an active stand against bullying. We can no longer keep ignoring the long-term effects of bullying and merely chalk it up to “kids being kids”.

The best way to counteract and prevent bullying is to be good role models. Since children will mirror various behaviours that adults do—whether positive or negative—engaging in peaceful and non-violent behaviour will make a dramatic impact on how our children behave. Engaging young people in anti-bullying conversations and activities have also been shown to positively impact children.

Another way to address the effects of bullying is to hold group therapy for bullies and victims alike. Initially, it would be best to hold separate sessions for the two groups since they may have conflicting values and feelings. While the bully may see the world as their domain and feel more powerful when they assert themselves over others, the victim may feel fear and shame in front of the bully and other people. After both groups have adequately addressed their perfectly valid but differing feelings, they can now confront each other in a positive way and under the guidance of a counselor.

Regardless of how bullying is addressed, it’s imperative that the victims are heard and given the chance to speak up. With the rise in bullying-related school shootings and crimes, it’s important that bullying victims are given the care and attention that they need as early as childhood.

If you or a loved one are being bullied, it is important that you seek professional help.

Some excellent Australian groups and organisations include: