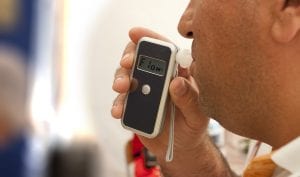 Unfortunately, the law says something different.

In the District Court case of Jovanovic v Lucas [2009] QDC 138, Judge Samios confirmed a Magistrates Court finding that the appellant/defendant could be convicted of drink driving even though the driver was on private property at the time.

In particular, His Honour referred to the relevant drink driving and breath-testing laws set out in s80(2) Transport Operations (Road Use) Management Act which state that a police officer can require a person to participate in a breath-test if the officer believes that the person was driving on a road or elsewhere.

The broad words “or elsewhere” were included in the legislation so that police officers have the power to breath-test a person anywhere, even in places that are not actually roads. Importantly, there is no specific mention that drink driving offences are restricted to public roads or places.

The lesson here is simple: drink driving is an offence no matter where you are in Queensland. It doesn’t matter if you are on your driveway, driving along the Bruce Highway or in a shopping centre carpark. If the police suspect that you have been driving, they have the power to require you to participate in a breath-test.

Have You Been Charged with Drink Driving?

If you have been charged with drink driving, you should seek legal advice immediately. Contact us now for an obligation-free discussion about how we can help.