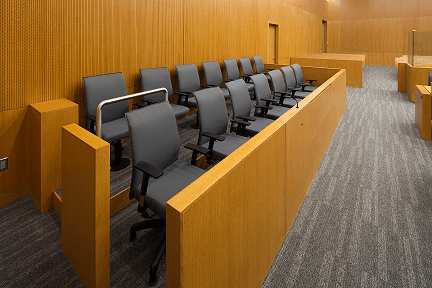 Juries play a vital part in the criminal justice system here in Queensland and are a cornerstone of many justice systems throughout the world.

In Queensland, a standard jury is made up of 12 jurors who are randomly selected from the public, however not everyone can be a juror. An obvious example of someone who would be excluded from jury duty is a person who has been sentenced to a period of imprisonment. Some other examples include lawyers, police officers and members of Parliament. Those who have a form of mental of physical disability may also be ineligible to act as a juror.

The basic idea of a jury is that ordinary members of the community get to decide the fate of the accused. The theory is that the jurors will be fair and impartial and will make their decision based solely on the evidence that is presented at a trial. Unfortunately, this is not always the case.

An interesting news article came out recently explaining that Australian researchers had found that jurors believe defendants are more likely to be guilty if they are sitting in the prisoner dock instead of next to their lawyer. The situation is even worse if the accused person is sitting within an enclosed glass dock instead of an open dock.

The implication of this research is massive and cannot be underestimated. At its simplest, it means that a person might be found guilty by a jury based on where they are sitting.

A further complication that has arisen in recent years is the risk of jurors conducting their own independent research into the case that they are involved in. The most common example of this is where a juror carries out internet searches relating to the case which may then sway their opinion about the accused’s guilt or innocence.

The jury system within Queensland is incredibly secretive. There are a number of restrictions about what jurors can say about the cases they have worked on and who they can talk to. This means that we, as criminal lawyers, cannot get much insight into any other reasons why a jury might convict a person due to biases or false assumptions. This is frustrating but there is little we can do about it.

Juries are an integral part of our justice system and no doubt they will remain this way for many years to come. As criminal lawyers, we can only hope that further research is carried out which will help us to ensure that the jury system is as trustworthy as possible.