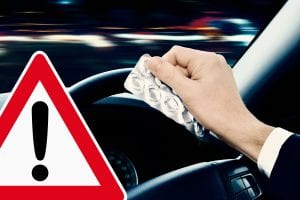 The laws against drink driving in Queensland have been known for many years – we are constantly being reminded not to drink and drive on TV, in the media and on billboards. After all, who hasn’t heard or seen the phrase “Drink Drive, You’re a Bloody Idiot”? The fight against drink driving is of course an important campaign of the Queensland Government and other groups, as too many lives are lost on Queensland roads each and every year.
Recently, however, there has been a surprising increase in the number of drivers charged with drug driving offences. Recent statistics show that although there have been fewer drivers charged with drink driving compared to recent years, the number of drug drivers has significantly increased. More specifically, almost one in four drivers who are tested for drugs return a positive reading.
So why has there been such a rapid increase in drivers charged with drug driving? There are at least three reasons why can at least partly explain the increase.

Perhaps the most obvious reason is that the Queensland Police Service has increased the number of drug tests performed. In March 2015, there were only 51 police officers who were trained to carry out drug tests on drivers. That number has now increased to 318 police officers and it is expected that many more officers will be trained in the near future.
The end result is that the more police officers there are who are trained to perform drug tests, the more that drivers will test positive for drugs. The lesson is simple – if you use drugs before driving, your chances of being caught are getting higher every day.

2. Drugs can stay in your system longer

Many drug users also don’t understand that drugs can stay in their bodies for much longer than alcohol. In the case of cannabis, for example, there are some estimates that it can stay in your system for up to six weeks if you are a regular, long-term user. Therefore there may still be traces of that joint you smoked a month ago left in your body today.
This catches many people by surprise as they may take a drug and then avoid driving for several days but then still be charged with a drug driving offence, despite their best intentions of doing the right thing.

If you hold an Open Queensland driver’s licence, you are allowed to drive with a blood alcohol concentration of less than 0.05% (Learners and Provisional licence holders must have an alcohol reading of 0.0%). In the case of drugs, however, drivers are not permitted to drive with any drugs in their system at all. This means that if a drug test detects even the smallest quantity of drugs, the driver will be charged with the offence of driving with a drug present in their blood or saliva.

If the quantity detected is high or if the drug impacted the driver’s ability to drive safely, then they will be charged with the more serious offence of driving under the influence of a drug.

Drug driving is a serious offence and the consequences are the same for drink driving offences. For example, driving under the influence of a drug carries the same mandatory 6-month minimum disqualification as driving under the influence of alcohol. The eligibility for a work licence is also the same. Therefore even if you think that you’re doing the right thing by not drink driving, can you be 100% confident that you would pass a drug test?

The only safe option is to avoid taking drugs completely as you cannot know what will happen if you are tested for drug driving. If however you cannot or will not stop taking drugs, then make sure you stay off the roads. With the increase in drug testing, it will only be a matter of time before you are caught and brought before the courts.

If you’ve been charged with drug driving, contact us now to discuss your case. We are expert drug driving lawyers and we will help you to achieve the best outcome possible.