For serious criminal offences or if a person continues reoffending, 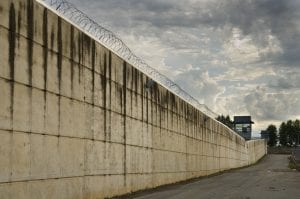 the Queensland courts have the power to impose a sentence of imprisonment. This simply means that the offender will be sent to jail for a period of time which is decided by the court (unless there is a mandatory period of imprisonment imposed by law).

Many people don’t realise, however, that prison in Queensland does not automatically mean that a person will physically go to jail. There are several ways that a prison sentence can be structured which allows the offender to remain in the community. While members of the public might not readily understand why this could be a good thing, it is important that the courts have options and flexibility when it comes to sentencing offenders.

There are three main ways that a person can be given a prison sentence without actually being required to go to prison.

A court can order that a person be subject to an “intensive corrections order” or “ICO” for short. The court can only make this order if the period of imprisonment is for 1 year or less.

The effect of an ICO is that a person is permitted to serve their prison sentence in the community rather than in prison. It is therefore not meant to be an order which gives the offender much freedom. Just like actually being in prison, the offender must comply with strict rules and requirements in order to comply with the order.

At a minimum, the offender must:

It is therefore similar to a combination of probation and community service.

If the offender breaches the ICO in any way, the order will be cancelled and they will be required to serve out the balance of the prison sentence that remains.

A court also has the power to impose a jail sentence but to wholly suspend it. In other words, the jail sentence is suspended for a period of time and the offender will only have to serve it if they commit a further offence during the suspension period.

Unlike an ICO, an offender does not need to report or do anything else while on a suspended jail sentence. They do however have a much longer period within which they cannot reoffend.

In some circumstances, however, the courts have the power to impose a jail sentence with immediate parole. This simply means that parole is granted while still at court without the offender needing to actually go to prison.

The actual parole period will run for the same period as the jail sentence itself.

As can be seen, the courts have several options available if they are considering a period of imprisonment. However unless these are raised in court on your behalf, the court may just impose a period of actual imprisonment. It is therefore important that you seek expert legal representation by contacting us now if you think you might be facing a jail sentence. We are Brisbane’s premier traffic and criminal lawyers and can represent you anywhere in Queensland.