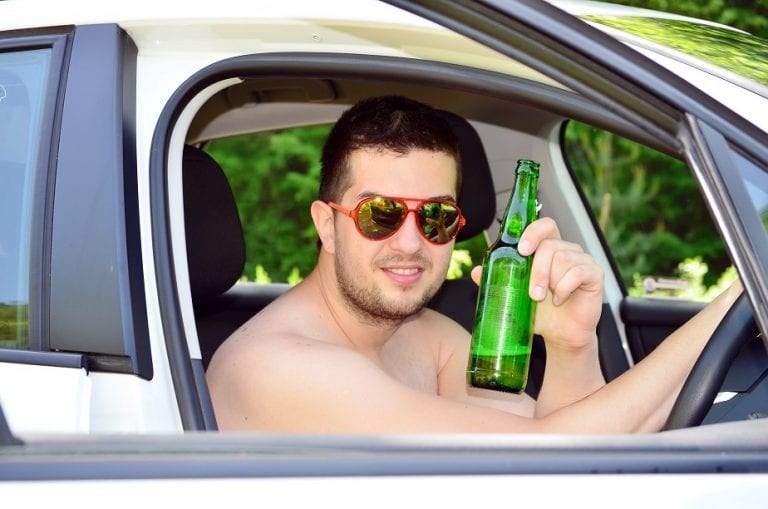 Everyone knows that drink driving is an offence throughout Australia and that the consequences of committing a drink driving offence can be severe.

However have you ever wondered whether you are legally allowed to drink alcohol while driving, as long as you are within the legal alcohol limit?

Let’s explore the laws of a few different States to find out more.

Section 300A of the Transport Operations (Road Use Management – Road Rules) Regulation makes it an offence for all Queensland licence holders to drink alcohol while driving, even if your alcohol level is below the legal limit of 0.05%.

In fact, the laws go further and state that supervisors of Learner drivers are also not allowed to drink alcohol while a passenger in a vehicle. This makes sense, given the importance of the supervisor’s role.

Section 49B of the Road Safety Act has similar laws to Queensland which means that drivers are not permitted to drink alcohol while driving. Section 49C prevents passengers from drinking alcohol while supervising Learner drivers.

Interesting, the laws in Victoria extend not only to drivers but also people who are in charge of a vehicle. This means that although you may be allowed to drink alcohol in your car while stationary in Queensland, you would be breaking the law if you did this in Victoria as you would be deemed “in charge” of the vehicle at the time.

Rule 298-1 of the NSW Road Rules states that all drivers are prevented from drinking alcohol while driving. This is an additional New South Wales rule that was added to the Australian Road Rules.

Unlike Queensland and Victoria however, it does not make any mention of passengers also being restricted from drinking even when supervising a Learner driver. The supervisor must, however, be under the legal alcohol limit of 0.05% just as if they were the driver of the vehicle.

There is currently no law in South Australia preventing a driver from drinking alcohol while driving, provided that their alcohol reading remains below the legal limit.

A few years ago, however, a Bill was introduced which would have prevented drivers from drinking alcohol. For reasons we’re not aware of, the Bill was never passed which means that it never actually became law. Therefore it may only be a matter of time until laws are introduced in South Australia to bring it in line with other States.

Section 7 of the Road Safety (Alcohol and Drugs) Act makes it very clear that Tasmania does not tolerate the consumption of alcohol in cars by anyone.

Therefore it does not matter in Tasmania whether you are a driver or a passenger – you are committing an offence if you consume alcohol while in a moving vehicle.

Although drivers in Western Australia are subject to the usual drink driving laws preventing them from driving over the legal alcohol limit, there does not appear to be any law preventing drivers from drinking alcohol while driving.

You should be aware that there are almost always exceptions to laws.

Therefore just because it would appear that you may be allowed to drink alcohol while driving, there may be other laws which can also have an impact on this issue.

If you desperately need to have an alcoholic drink, finish your journey first and then have your drink. This is the only way you can ensure you are not committing an offence.

Have We Missed Anything?

Have we missed something?

Do you have any comments about the laws preventing drivers from drinking alcohol?

Leave us a comment below! We would love to hear your thoughts.