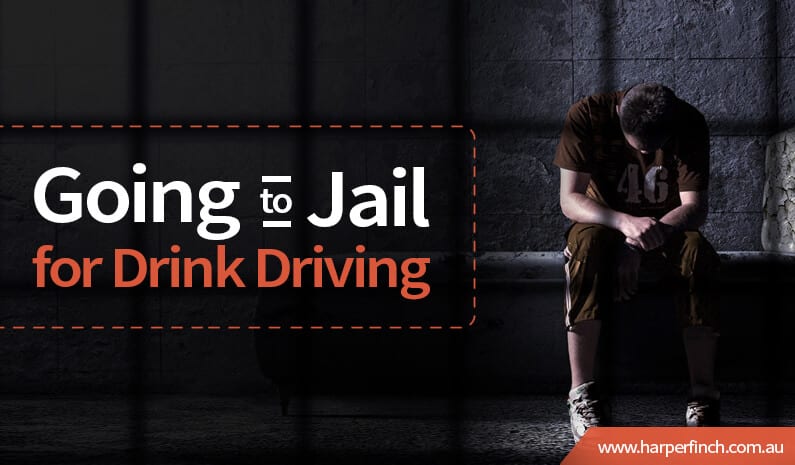 It is well known that drink driving in Queensland is a serious offence. The police are constantly issuing warnings about the dangers to the community of driving under the influence of alcohol and drivers are taught right from the beginning that it is an offence to drive over the blood alcohol limit.

Despite this, thousands of Queenslanders are still caught drink driving after they fail a breath test when required by a police officer.

In this situation, it is not surprising that their first concern is what punishment they will receive and whether they are likely to go to jail.

This article will outline what the Queensland laws are when it comes to drink driving and going to jail.

Can You Go To Jail for Drink Driving?

The law is very clear that it is possible to go to jail for a drink driving offence. For example, the penalty for a “high range” (0.15% or above) DUI charge is a fine of up to 28 penalty units or imprisonment for a term not exceeding 9 months. A lower range offence can lead to a prison sentence of up to 3 months.

In more serious cases where a driver already has previous history of drink driving, the maximum possible jail sentence is increased to 1 year.

In most cases, the court will have the power to decide whether a person should be given a prison sentence for drink driving. Instead of sending someone to jail, the court might impose a fine or order that the offender complete a community based order such as probation.

However, a jail sentence is mandatory in some specific situations.

A court must impose a jail sentence if a person is convicted of a high range drink driving offence and, in the five years before they were convicted of that offence, they were also convicted of two previous offences of:

Example 1: John pleads guilty to drink driving with an alcohol reading of 0.158%. Within the last five years, he has two convictions for the same offence. In this case, John would be given a mandatory jail sentence.

A prison sentence must also be imposed if a person is convicted of a high range drink driving offence and they have previous history within the last five years of:

Example 1: Mary pleads guilty to a high range offence and, in the last five years, has a District Court conviction for a robbery charge involving a getaway vehicle and also a dangerous driving charge that was finalised in the Magistrates Court. Mary would receive a jail sentence for the most recent DUI offence.

Example 2: Mike pleads guilty to a high range offence. In the last five years, his only history is a conviction for a single dangerous operation charge that was dealt with in the Magistrates Court. He would not automatically receive a prison sentence for the DUI offence.

How To Avoid Actual Jail

Even though jail is mandatory in some cases, it does not mean that you must actually go to jail. The law simply states that a jail sentence must serve some, or all, of your punishment.

There are various forms of prison sentences. The most commonly understood form is where a person has to actually serve time in a jail. However, a prison sentence can also be “wholly suspended” or a person can be given granted “immediate parole”. In both of these situations, the convicted person will receive a jail sentence but will not need to serve any actual time in custody.

To give yourself the best chance of avoiding going to jail, you need to be extremely well-prepared for court. This might involve you attending a safe driving program, obtaining some glowing character references or meeting with a psychologist.

There is definitely a risk that you might go to jail for a drink driving offence but it’s not a guaranteed outcome. If you think that you are facing a jail sentence, we strongly recommend that you contact us immediately to discuss how we can help.