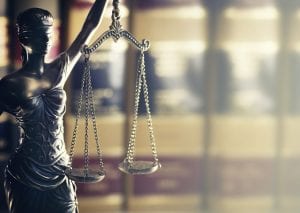 One of the most important parts of the criminal justice system is the sentencing of offenders. This is where a Magistrate or Judge determines the sentence that should be imposed on a person who has either been found guilty or pleaded guilty to a traffic or criminal offence. For most defendants, it is the most important part of the system as it determines what type of punishment they will face.

Despite it being such an important part of the justice system, many people remain unaware of how the sentencing process works. Contrary to popular belief, it’s not simply a case of choosing a punishment based on the offence that was committed. There are many more factors that need to be taken into account during the sentence process to ensure that the sentence is fair and just. We explore two of these factors in this article about sentencing in Queensland.

The Purpose of Sentencing in Queensland

1.Providing for a sufficient range of sentences for the appropriate punishment and rehabilitation of offenders

The PSA outlines the sentences that can be imposed on offenders in Queensland. Importantly, this range not only includes sentences that reflect an appropriate punishment but it also refers to the need for rehabilitation of offenders. The PSA therefore makes it clear that the rehabilitation of offenders is a key consideration within the sentencing process and this is reflected in penalties such as community service and probation.

2. Promoting consistency of approach for the sentencing of offenders

For the public to maintain faith in the sentencing process, it is essential that the process is seen to be consistent. The community would not trust the system if the sentences being imposed appeared to be inconsistent and arbitrary. Sentences therefore should be consistently applied and imposed throughout Queensland.

4. Providing sentencing principles that are to be applied by courts

Matters To Be Considered

The Penalties and Sentences Act not only outlines the purposes of the sentencing laws, it also outlines the matters that a Judge or Magistrate must take into account when sentencing an offender. These are set out in section 12 of the PSA. These include:

1. The Nature of the Offence

The courts have to take into account the nature of the offence when determining an appropriate sentence. This not only means that they need to take into account the type of the offence (such as drink driving, assault or drug possession) but also the actual circumstances of the offence itself. As an example, a person who is convicted of assaulting another person during a pub fight while heavily intoxicated will be sentenced differently compared to if they had randomly assaulted an elderly person on the streets.

As a general rule, the more serious the offence that was committed, the more severe the penalty will be.

2. The Offender’s Character and Age

A person’s character and age must be taken into account when they are being sentenced in court.

To be more specific, a court will consider the person’s character to determine what sort of penalty is appropriate. If they have never been convicted of any offences before then they will receive a lesser punishment than if they had many pages of criminal history.

Similarly, a young offender may receive a more lenient sentence because they are considered to be more immature and at risk of engaging in certain reckless behaviours than someone in their more mature years. On the other hand, a mature person with no criminal history will be given ‘credit’ for the fact that they have lived a trouble-free life.

3. The Impact of a Recorded Conviction

One of the biggest concerns for many offenders is the recording of a conviction. Put simply, a recorded conviction means that the offence will show up in that person’s public records. This can be extremely damaging for many people as it can prevent them from obtaining employment or travelling overseas.

The court therefore has an obligation to look at what impact a conviction will have on a person. If they can be convinced that a conviction would cause undue hardship for an offender, they can exercise their discretion to not record a conviction.

It is however important to keep in mind that a conviction must be recorded if any period of imprisonment is imposed.

Although the process is still extremely complicated, sentencing in Queensland has been greatly simplified by the Penalties and Sentences Act. This legislation sets out the purposes of the sentencing laws as well as the factors that must be taking into account when an offender is being sentence by a court.

It might not be perfect (no laws are!) but it’s a good start to setting out sentencing laws that are fair and just for everyone.

If you have been charged with a traffic or criminal offence and you are concerned about what sentence you might received, contact us now for an obligation free discussion about your case. We will be able to provide you with important information about the types of penalties you might receive as well as other important details you might not have considered yet.