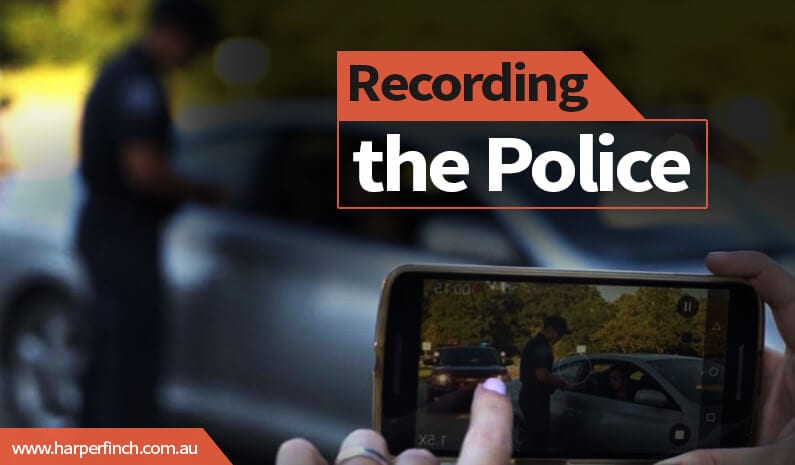 If you are stopped by the Queensland police, you may be tempted to pull out your mobile phone to record them interacting with you. By doing so, you would have a video record of what was said and done by the police in case there was a dispute later.

However, do you know if you are in fact legally allowed to record the police? Do you know what your rights are if you are ordered to confiscate your phone?

These are the questions that we explore in this article.

In Queensland, there is no specific law that states that you cannot film the police while they are carrying out their duties in public. This means that you have the right to record them, regardless of whether they are dealing with you or someone else.

As a result, the police do not generally have any of the following powers if they see you filming them:

There are, however, certain situations where recording the police might not be allowed or where the police may have certain specific powers.

Therefore, if you are filming the police while they are carrying out their duties, but you are also obstructing them at the same time, you can be arrested and charged with the offence of obstruction. As a result, it is important that you do not get in the way of the police while you are recording them.

If police officers are carrying out surveillance, their safety and well-being will be considered as being a priority. This is a simple matter of security due to the highly dangerous covert work that they do.

Therefore, if you are seen filming surveillance officers, it is likely that the police will be able to exercise their powers to either order that you stop recording or alternatively confiscate your phone.

Evidence of a Crime Being Committed

The police may also attempt to confiscate your phone if they believe that it has evidence showing the commission of a crime.

Section 29(2)(a) of the Police Powers and Responsibilities Act  states that the Queensland police can seize anything from a person “that may provide evidence of the commission of an offence”. However, before they exercise this power, they need to reasonably suspect that it is necessary to search that person without a search warrant.

The above law therefore does not give the police random powers to confiscate a mobile phone, even if they believe it has evidence of a crime being committed.

What to Do If Challenged by The Police

Many people (including police officers) assume that you cannot record someone in public unless you have their permission.

If the police approach you and asked you to stop filming them, you should politely tell them that you are not getting in their way, but you will keep recording.

If they continue challenging to challenge you, tell them that you would like to contact your lawyer for legal advice.

Also, you should attempt to upload the footage to a secure online storage service such as Dropbox. This will ensure that your recordings are safe, even if the police delete them from your phone.